Up to this point I already had a productive bow hunting season.  I had harvested two does.  Buck fever got the best of me in the early part of bow season and I missed a monster buck.  I had numerous encounters with other decent bucks, but couldn’t seal the deal on any.  I was patiently saving vacation days until I thought the time was right.  I want to think that I am becoming more knowledgeable at hunting whitetail, but I think luck plays a part also.  I had been watching the weather and a front was going to move through the state later in the week.  I thought this may be a good time to take off.  The buck activity had also been picking up.  I knew a particular area where a monster buck had been seen regularly.  I had always wanted to hunt this area, so I thought I would give it a try.  I hunted the area early in the week one evening & saw several doe, but nothing came close enough.  Later in the week when the front was moving through, I decided to give it another try.  I set up in the evening.  I didn’t see a thing.  I left my climber and decided I would give it another try in the morning.  It rained most of the night.  I kept a close watch on the radar.  As it got closer to time to getting up I had to make the decision of going in to work or getting a little wet.  It looked like the rain wouldn’t last much longer.  I just had this gut feeling I needed to be in a tree when it did quit raining.  So I put my rain gear on and headed out.  By the time I got to my tree the rain had let up and it was just a light drizzle.  I pulled my bow up and got situated.

I still had about 5 minutes before it was going to be light enough to shoot.  I was already contemplating where to set up next if I didn’t see anything in that area that day.  I had barely sat down, when I heard deer running through the woods.  Hearing that sound sent my heart racing.  Little did I know what the day had in store.  A few minutes later, I saw two does running toward my stand.  I knew I better not pass on one of the does if I got a shot. Every hunter knows it is uncertain when another opportunity will present itself.  I also needed to help with doe control in our archery club.  The bigger doe went pass my stand, stopped about 20 yards, perfectly broadside with a clear shot.  I took the shot.  She gave a big mule kick, ran back past my stand up the hill about 60 yards and crashed.  I was excited that I connected and was confident I made a good shot.  It was 6:50 am and I already had my deer down.  I was already texting me hunting partner that I had a deer down.  I thought my day was pretty much over except the work that lay ahead.  Then for whatever reason “magic was in the air”.  The frenzy had started.  There was does and bucks running everywhere around my stand.  It was a whitetail hunters dream.  I couldn’t believe what I was experiencing.  I didn’t know which direction I should get set up and ready.  Then I glanced to my left and saw a doe trotting up the hill coming right to my stand and trailing her was a buck.  As he got closer, I knew I didn’t have to count points, I knew he was a legal buck and a good one.  I was determined not to let buck fever get me this time.  I couldn’t have asked for the situation to be more perfect.  The buck stopped at 20 yards and gave me a perfect broadside shot.  He trotted 40 yards behind my stand.  Stood there for a few seconds and then the legs gave way and he went down.  I couldn’t believe I had just killed my best buck to date.  What a morning, 20 minutes after shooting my doe, I harvested an awesome buck.

The story doesn’t end there.  I text my hunting partner again and told him I had a buck down.  I told him about the rut activity that was going on.  He was hunting a mile away but had only seen a couple of does.  We decided to stay longer so that maybe he would get a chance at something.  In the meantime the frenzy continued around my stand.  It was just simply the craziest thing I had ever seen.  The doe that I shot that morning, apparently was hot.  I watched numerous bucks go to the point that she had fell and check her out.  I even watched one small buck try to make her get up.  Then I saw a buck near the doe.  I looked at him through my binoculars.  He was a dandy.  He walked back up the hill where he had come from. I thought well he is gone.  A few minutes later a small buck came in and checked out my doe.  I thought for kicks I would use my grunt tube and see if I could get any reaction out of him.  I grunted and he paid me no attention.  So I decided to get more aggressive with the grunting.  In a blink of an eye the big buck I had watched walk away was coming my way.   He stopped at 20 yards.  You would think by now I would have my shooting practice in for the day.  I kept my cool and let my arrow fly.  He didn’t jump and he didn’t flinch, he did nothing.  I couldn’t believe that I had just missed.  I was certain that I hit him.  He wasn’t as old as the buck I shot earlier in the morning, but he definitely had bigger head gear.  He walked about 15 yards past the buck that I had shot earlier and stood there.  I was confused about what just happened.  I used my binoculars and scanned the ground for blood where he was standing when I shot at him.  Yep I did hit him.  I nice pool of blood was on the ground.  Then I turned back to watch the buck.  He hunched up and then laid down.  My joy quickly turned to disappointment.  I had hit him, but wasn’t sure what kind of shot I made on him.  It was a waiting game now.  I knew this may not be good.  At least I knew where he was.  A few minutes later he got up walked about 15 yards and laid down again.  This was really not good.  A few more minutes went buy and he got up and walked another 15 yards and laid down again.  I was praying pretty hard by now.  The buck got up and walked off and went behind some thick branches and I lost sight of him.  My heart sunk.  I tried not to panic.  I still had two deer on the ground that had to be taken care of.  I didn’t want to push the buck so I let some time go by before I climbed down.  My hunting partner had arrived and it was time to begin the chore of dragging my deer out.  After taking care of the first two deer it was time to go back and look for the other buck.  It was getting late in the afternoon and I really had hope to find the deer before dark that night.  My longtime friend and hunting partner helped me look.  I was so frustrated, when we did not have good blood after the first spot the deer had laid down.  From that point on it got very hard to find blood.  We looked for quite some time.  No more blood was found.  I was just sick.  It was a bittersweet ending to an unbelievable day.  I know this is part of hunting, especially bow hunting.  I went back numerous times, just hoping that I might at least find the carcass so that I could claim the antlers.  No such luck.

I didn’t see the big monster buck that day that everyone had been seeing, but I thanked God for allowing me to harvest two nice deer and having experienced the magic of that day.   I saw 20-25 does that day and 15 different bucks.  It doesn’t get much better than that.  I can’t help but pray, that maybe that buck survived since I was unable to recover him.   I can only hope that I get to experience that kind of magic again. 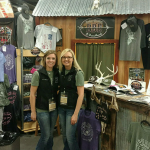 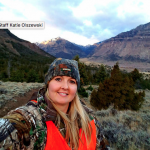