Paramount Outdoors, a division of Paramount Apparel International, Inc., has signed a best-in-class licensing and supplier arrangement agreement with The Sisterhood Of The Outdoors (SOTO) organization.

Paramount Outdoors will debut a full line of SOTO-branded ladies apparel, including headwear and accessories for the spring 2020 season, along with a complete technical performance turkey and small game hunting program under the Sisterhood Hunting brand and casual lifestyle apparel. This will be followed by complete early-, mid- and late-season SOTO big game lines.

Paramount Outdoors’ cutting-edge Engineered Hunting Gear (EHG) technology and performance characteristics will be built into each garment, with Sisterhood CEO Amy Ray and her pro-staff providing insight into the design, fit, form and function in the field.

As part of the partnership, SOTO will adopt Paramount Outdoors’ new Odin pattern from Kryptek Camo Technologies as its official pattern for big-game, gun hunting. For bow hunting and turkey hunting, SOTO will use Mossy Oak’sOriginal Bottom Lands and Obsession patterns.

“Paramount Outdoors couldn’t be more blessed and honored to work with Amy Ray’s The Sisterhood Of The Outdoorsorganization on this next-level licensing partnership and licensing arrangement,” said Tim Berry, Paramount Outdoors’ Divisional Vice President of Sales & Merchandising. “Amy’s leadership and vision for the The Sisterhood Of The Outdoorshas grown it into a major force in the hunting and fishing industry. Working with her and the SOTO pro-staff will enable us to build a ladies hunting brand with unparalleled performance and technical characteristics.

We’re thrilled to work with the SOTO team that has an unbridled passion for the outdoors and relentlessly pursues perfection.”

Founded in 2010 and under the leadership of Amy Ray since 2015, SOTO has become the leader in women’s mentored hunting, fishing and shooting adventures. Ray has compiled one of the most diverse and skilled teams of women in the industry and has a sterling reputation for excellence unmatched in the outdoors industry.

SOTO is focused on instilling its collective passion for the outdoors to ladies new to the outdoors, creating new customers for all types of outdoors gear.

“We are influencers and not just brand champions, and we have a love for everything outdoors,” said Ray. “That’s why our mission and values of SOTO dovetail perfectly with Paramount Outdoors; they are an industry pace-setter, bringing their leading-edge Engineered Hunting Gear line of technical performance hunting apparel, headwear and accessories to to the women’s outdoor market.

“We’re excited to work with Tim and his team on their unique, one-stop-shop platform that provides major retail partners – such as Bass Pro Shops, Cabelas, Gander Outdoors, Sportsman’s Warehouse and others – with the ability to provide unmatched performance technical apparel, headwear and accessories. They understand the wants and needs of female hunters, fishermen and outdoor enthusiasts like no other company and together, we can elevate this to another level.”

Paramount Outdoors will also start brand development on a women’s casual lifestyle-branded line under the SOTO banner, to provide retailers with a line of apparel that can be worn on and off the field, range or water. 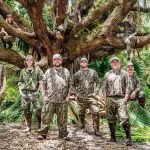 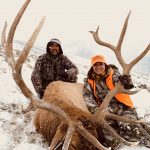